The Activator Method chiropractic technique is a type of manual manipulation treatment used by chiropractors to treat various types of back and neck pain, as well as extremity complaints. This treatment method uses the Activator adjusting instrument, which is an alternative to traditional manipulation utilizing a high velocity, low amplitude (HVLA) thrust.

The adjusting instrument is reported to be one of the more common techniques used by chiropractors. According to the National Board of Chiropractic Examiners, about half of full-time American chiropractors have used the Activator Method in their practices. This method is also commonly used in Canada, Australia, and New Zealand. 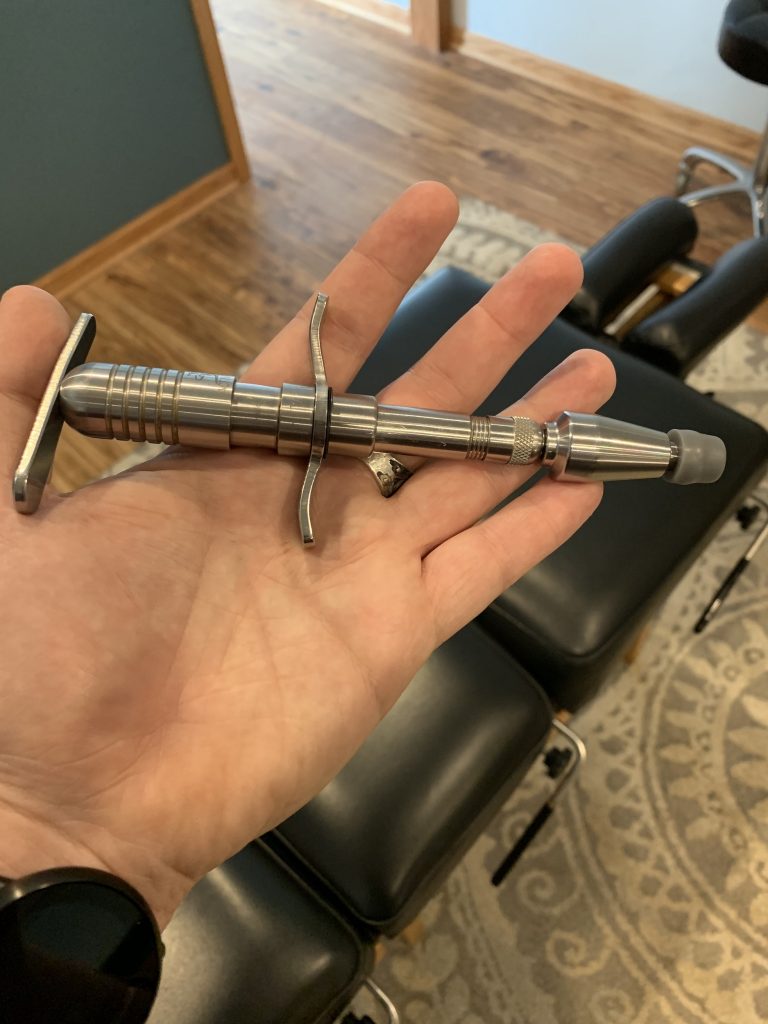 There are two possible advantages of an Activator adjustment:

How does the Activator adjustment feel?

During a typical adjustment with the Activator instrument, the chiropractor applies the device to the tissues at or near the affected joint. An initial pressure is followed by a quick thrust from the device, which feels much like having one’s reflex tested by tapping the knee.

You’ll remains still, with no twisting or turning. After an adjustment, the chiropractor will determine if you’ve reached a great level of ease and peace.

Dr. Nathan utilizes the Activator method in conjunction with other techniques to create customized care. Everyone is unique, and their bodies require personalized adjustments to heal, grow, and thrive. If you would like to experience how chiropractic can help you contact us today!